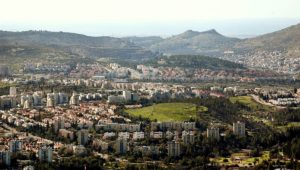 The City of Karmiel

Denver, Colorado and Karmiel, Israel became sister cities in 1977, making it Denver’s fourth sister city relationship.  Prior to this, by the mid-1970s, the Jewish Community Centers of both cities had been officially linked.  This connection, in addition to the similar environments like mild climates, low humidity, and nearby mountains, made Karmiel an ideal sister city.

http://www.govisitisrael.com/articlenav.php?id=155?
General information about Karmiel from the Israel Tourism website.